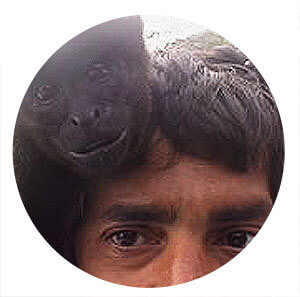 It certainly ain’t easy. But real good fun for sure.

I have spent the past 30 years in the Fashion business. It started soon after graduation in Biochemistry & Genetic Engineering. It was Camden Lock Market to be precise.

The first label I jointly created was Kim Hadleigh Designs, in Covent Garden. This was a partnership duo between me & Kim. We both made it up & learnt as we went along. It worked and it was successful. At points nearly all the Rock gods in the 80’s were our customers. We were not cheap, that’s for sure, and yet at times had a 6 week waiting list for our work. We were also quite disorganised, no computers, and quite rubbish in business, to be honest. For personal reasons this partnership did not work out and came to a reasonably amicable end and I closed the Monmouth Street store in Covent Garden after 7 years. 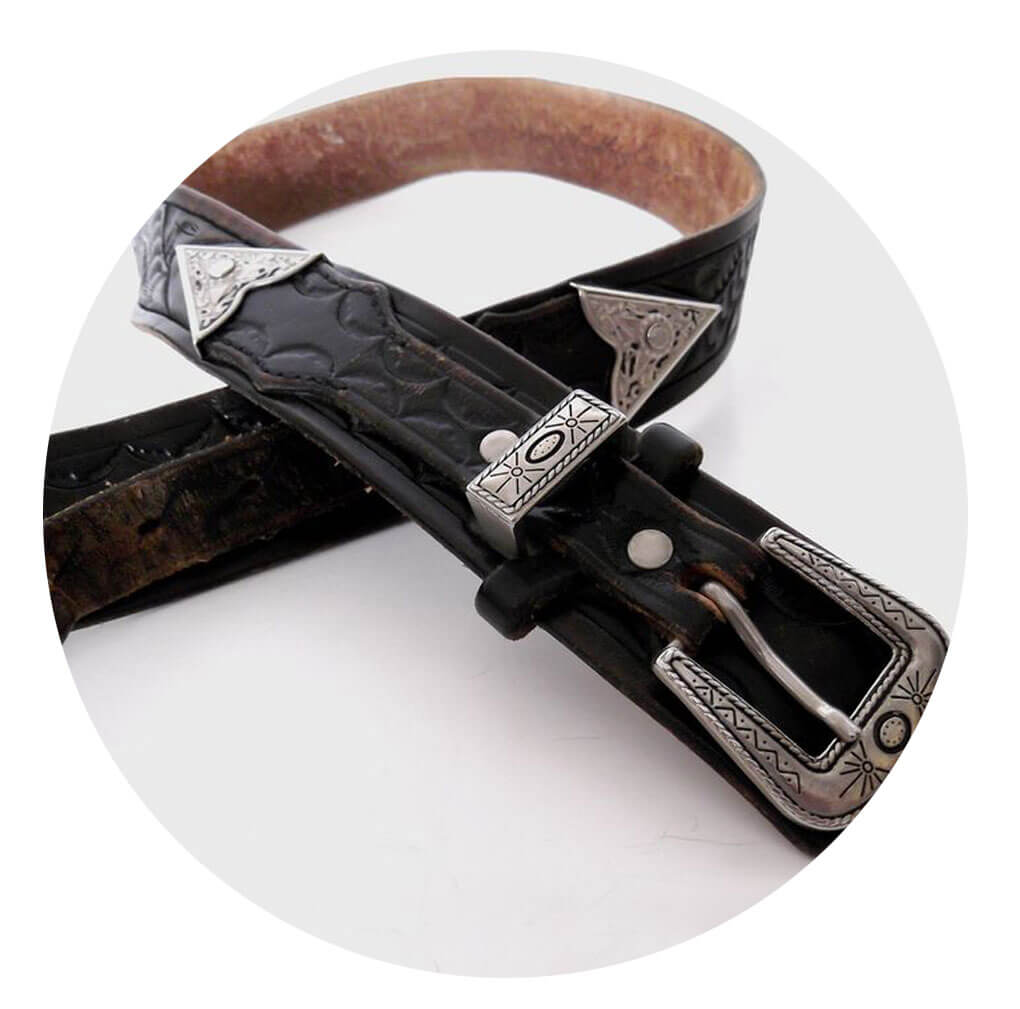 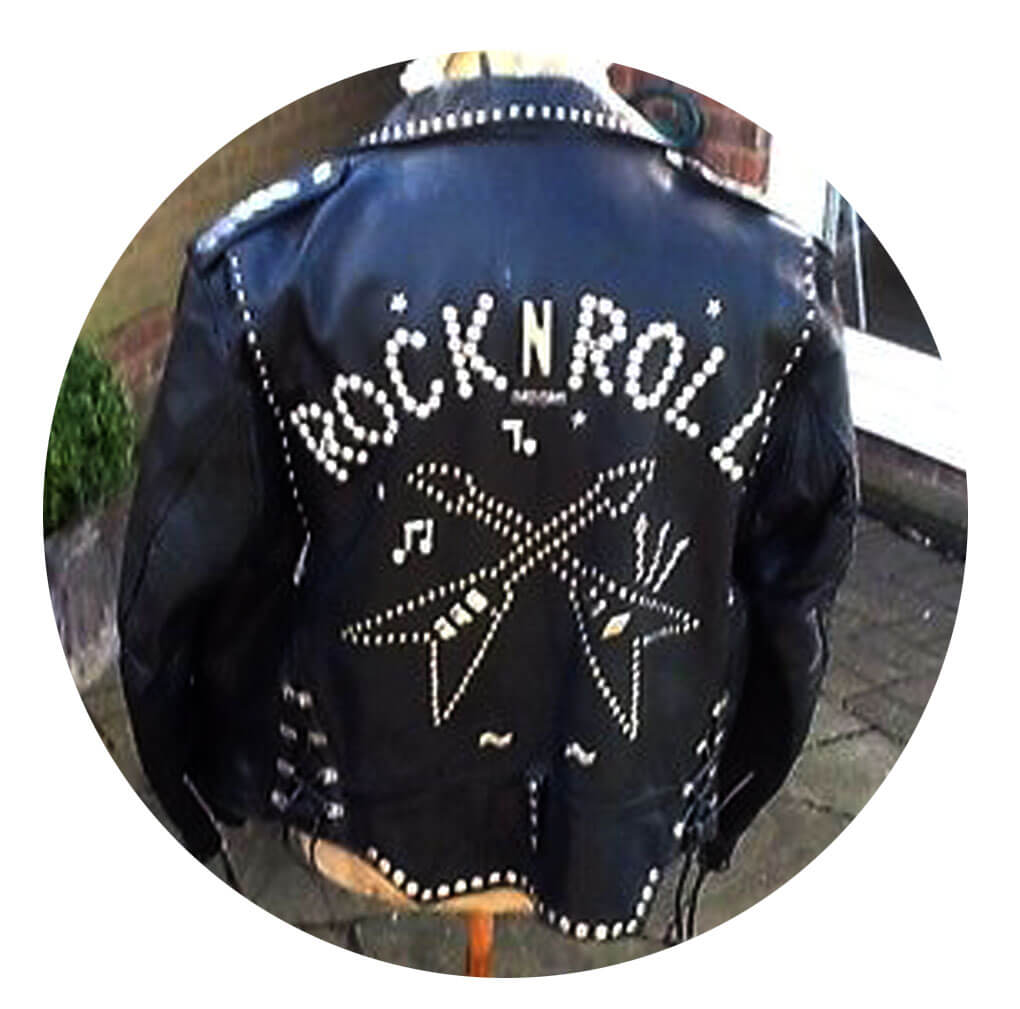 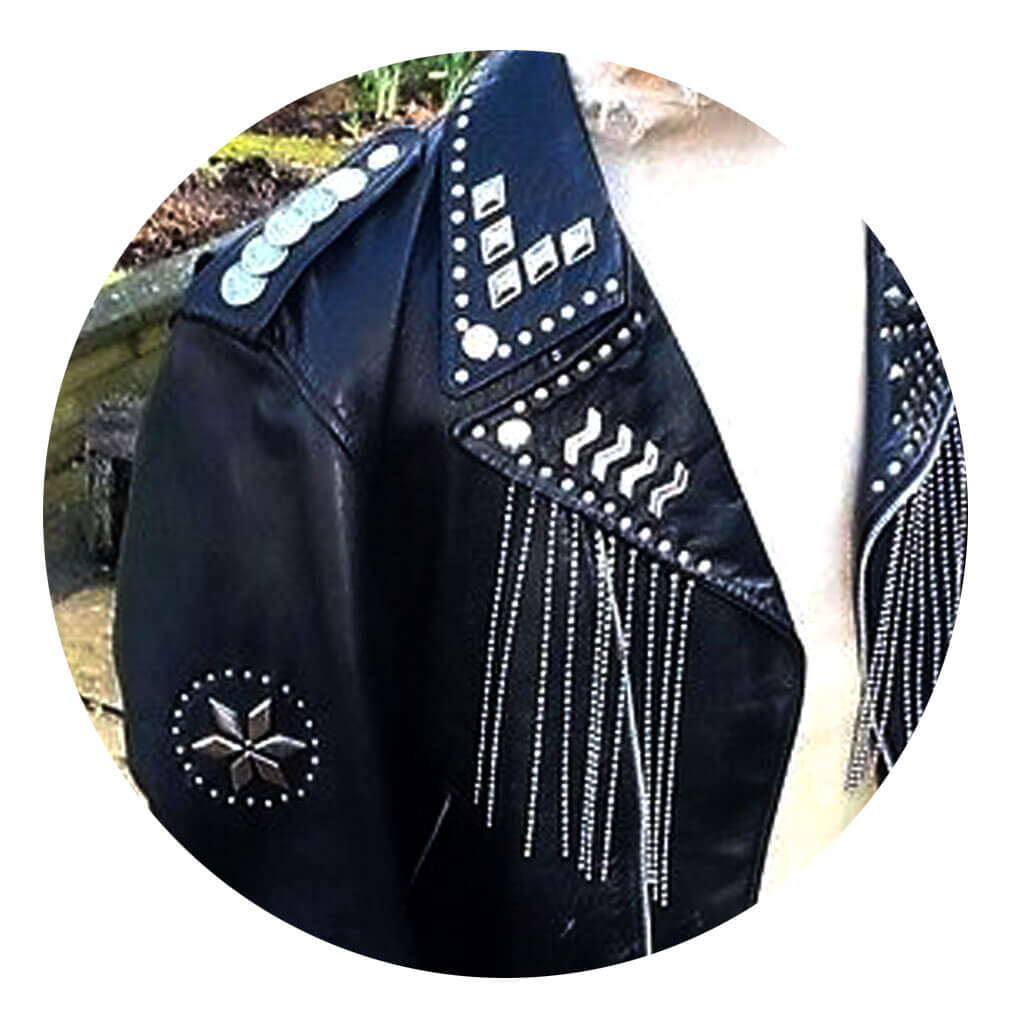 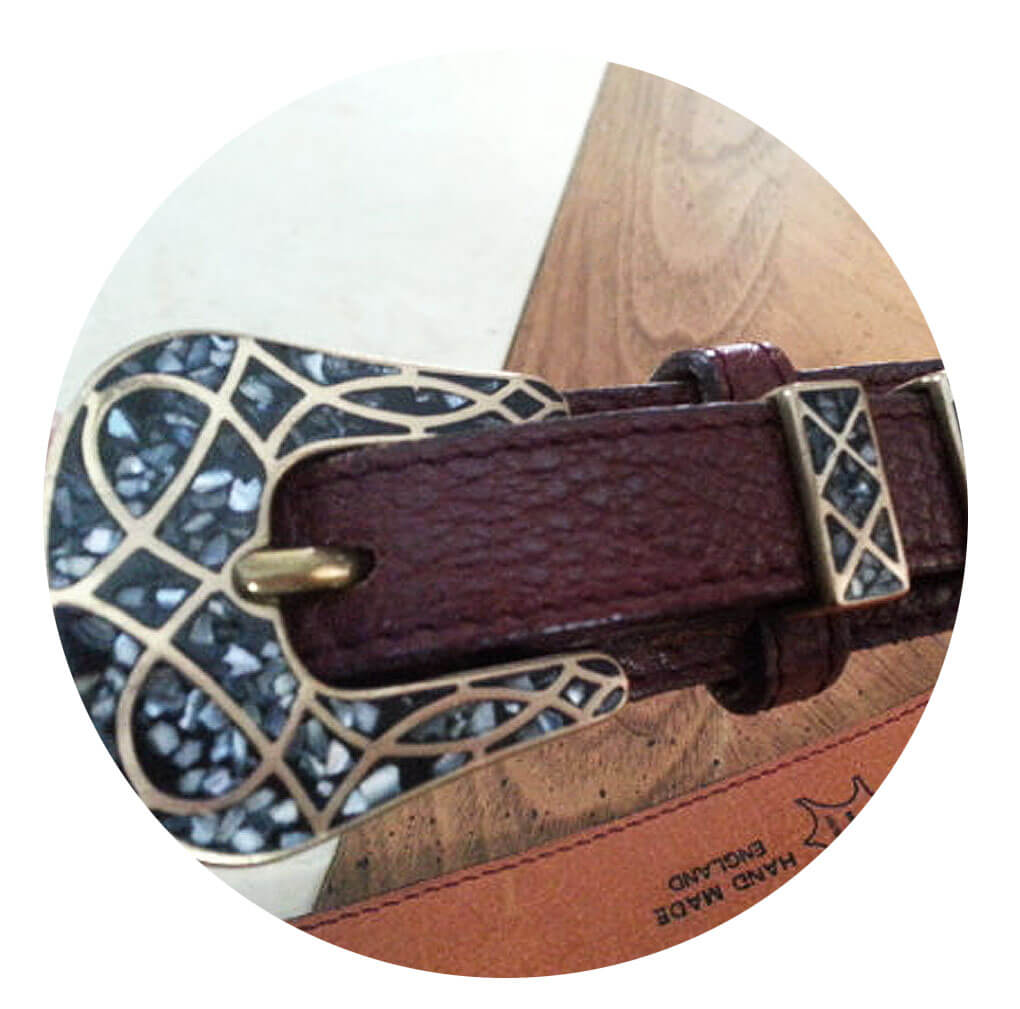 So I decided to chill for a few months and continued working from a friends basement in Rupert Street, Soho. I was partying and clubbing most of the time and some events & places I was at are very vague indeed. The low key, less hassle approach was by choice. Naturally, I got bored and decided to start a new Label. So I decided to do Rock N Roll Wardrobe and opened my second store in Newburgh Street, (Carnaby Street) Soho. The emphasis was on super cool leather clothing, t shirts & casuals as well as jewellery & accessories with native American arts and crafts & music playing a crucial backdrop to it all. The partying continued and got worse, almost out of control. I loved it and felt very lucky that I could make stuff up in my head and hang it on a rail and get paid for it. But this label too had to come to an end after 7 years. I was bored again.

At the turn of the millennium I was in the Peruvian Andes with a close mate.  Yeap, partying again! That temporary moment of clarity hit me. I decided that I want to do nothing else other than t shirts and printing. So, being “original” I came up with the new name for the third label. Savage London was born. I was sure that it will last 7 years and I will have to re invent yet again. I was wrong. Savage London became super successful and I was a better (more professional) designer and businessman than previous years. We were still at the same premises in Newburgh Street, Soho. Soon enough Top Shop & Top Man wanted the products along with a load of small independents stocking the brand. The partying subdued and work was relentless. We were then approached to open new outlets in Covent Garden Piazza, Portobello Road, West London, then Westfield White City and one store in Stockholm, Sweden. 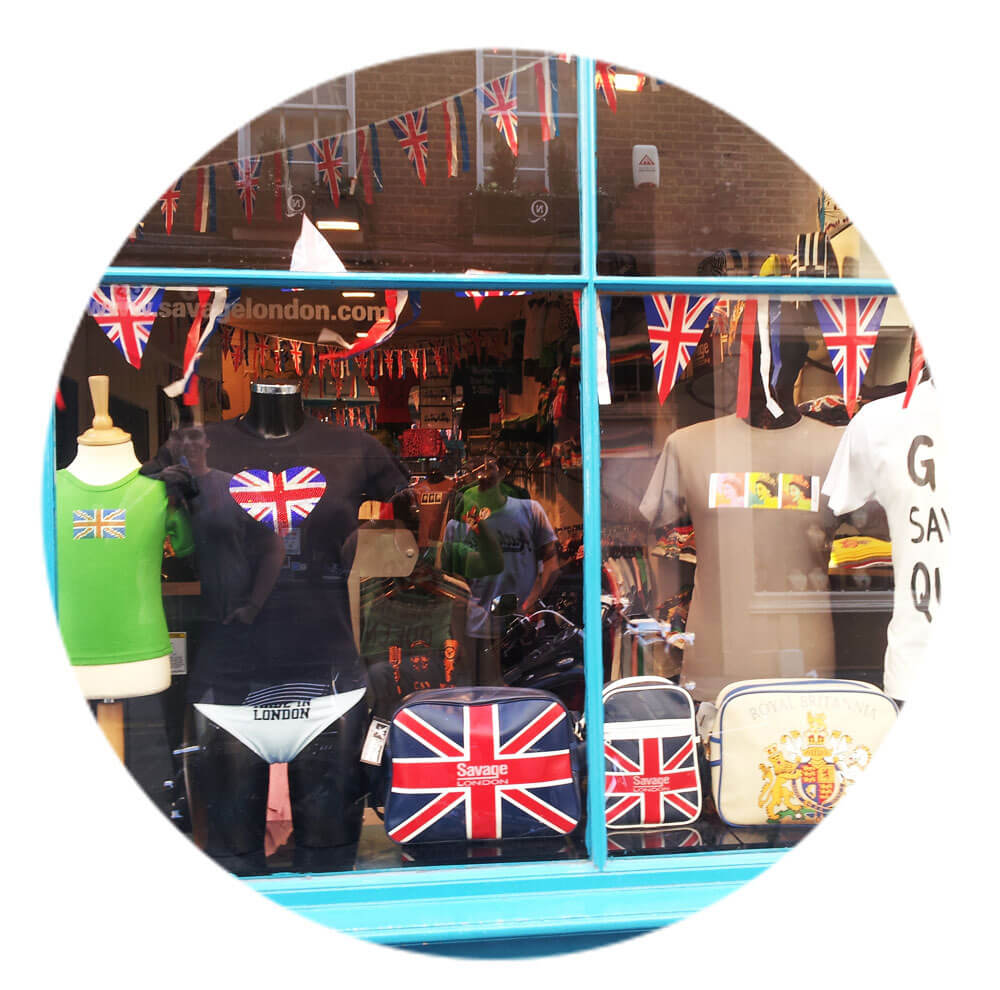 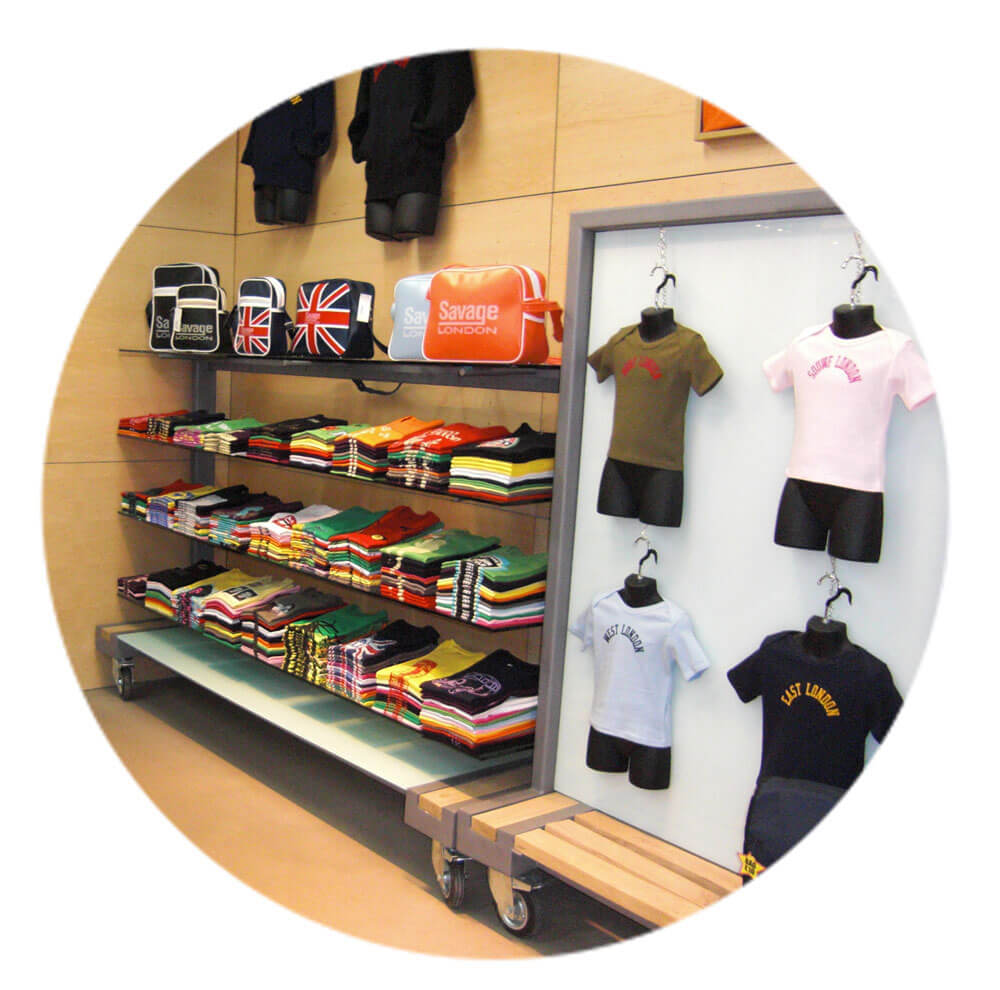 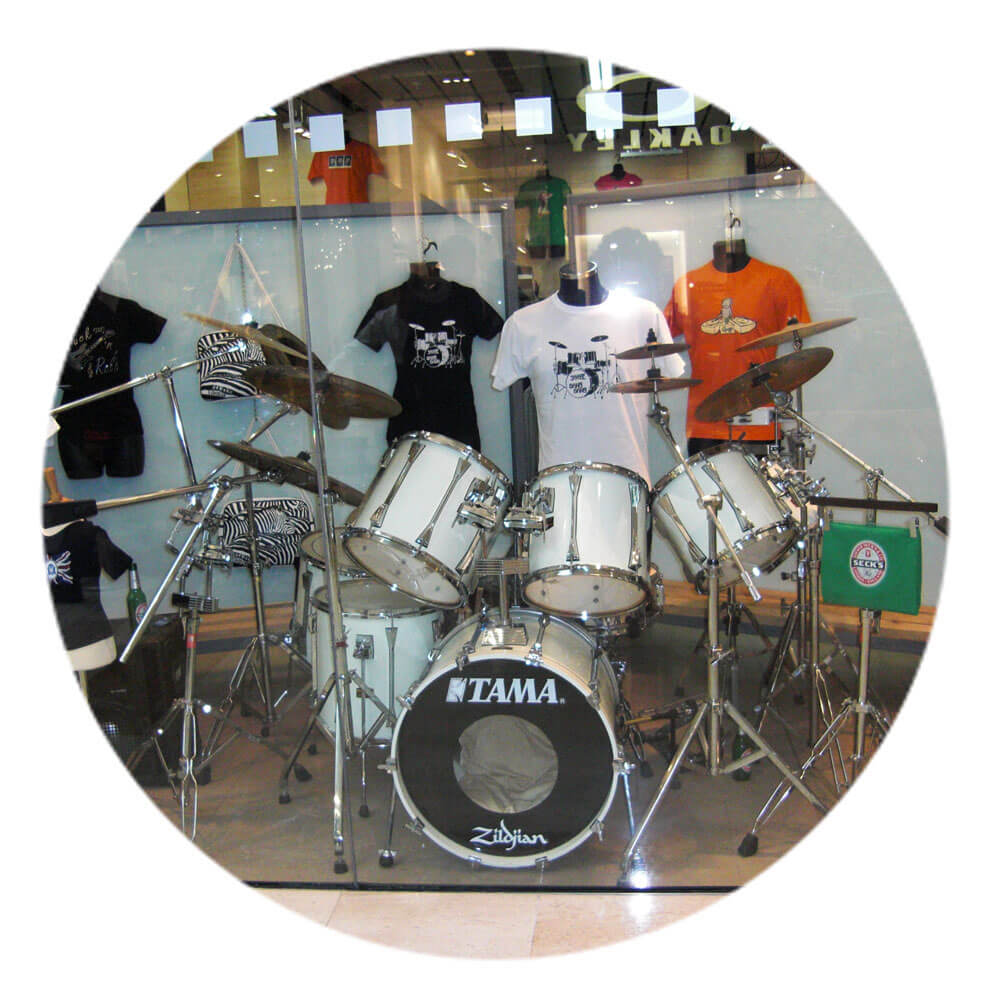 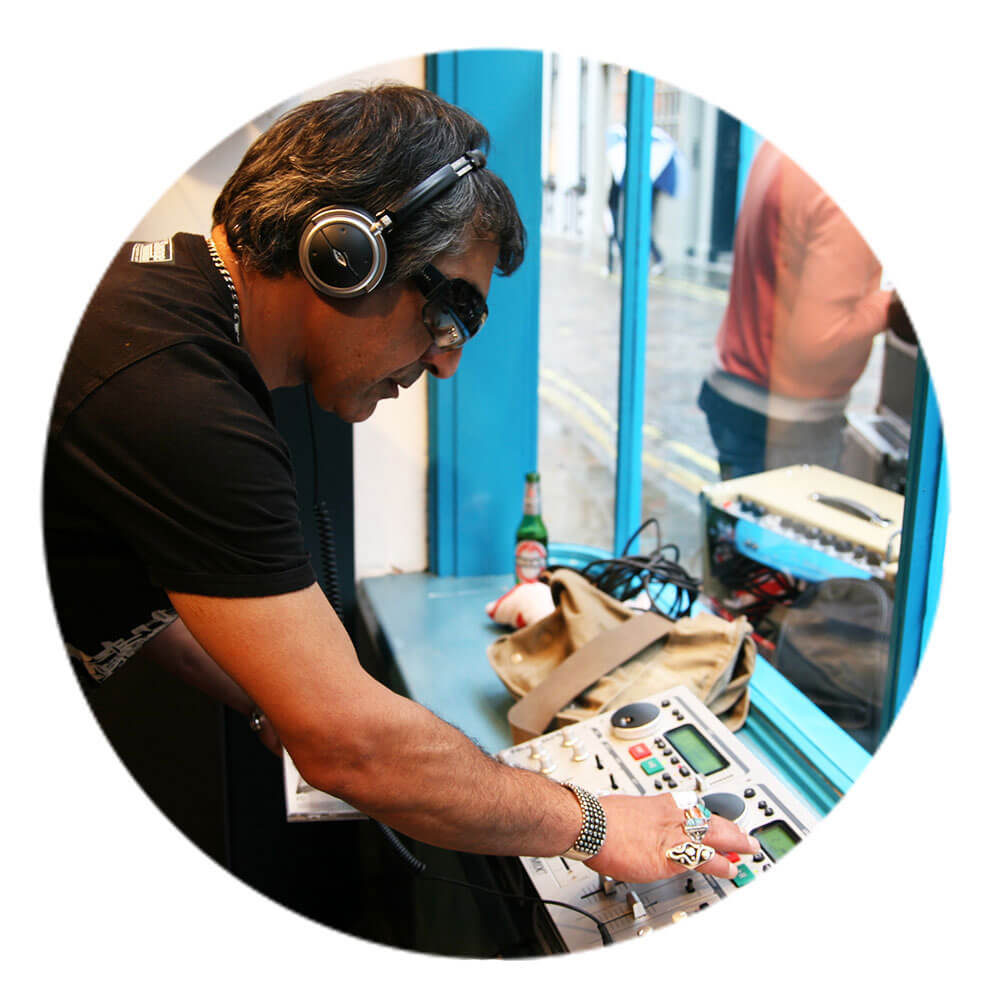 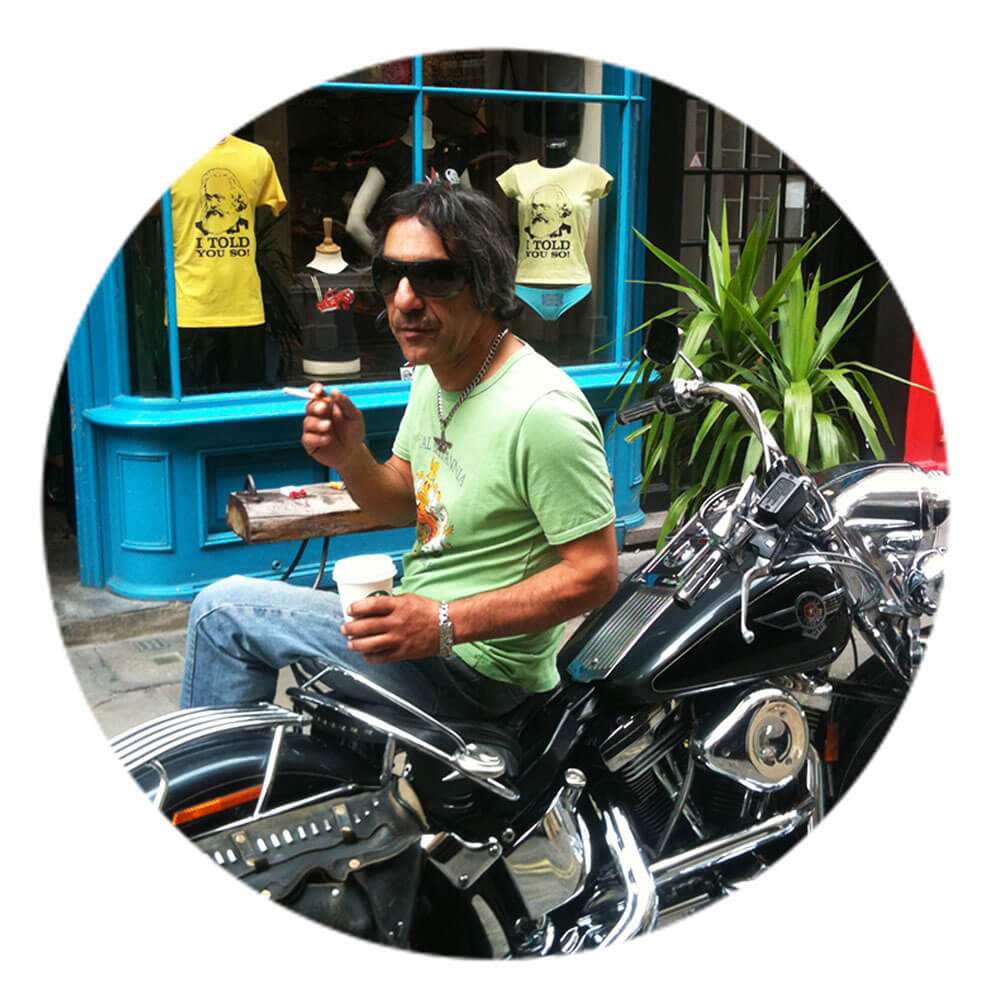 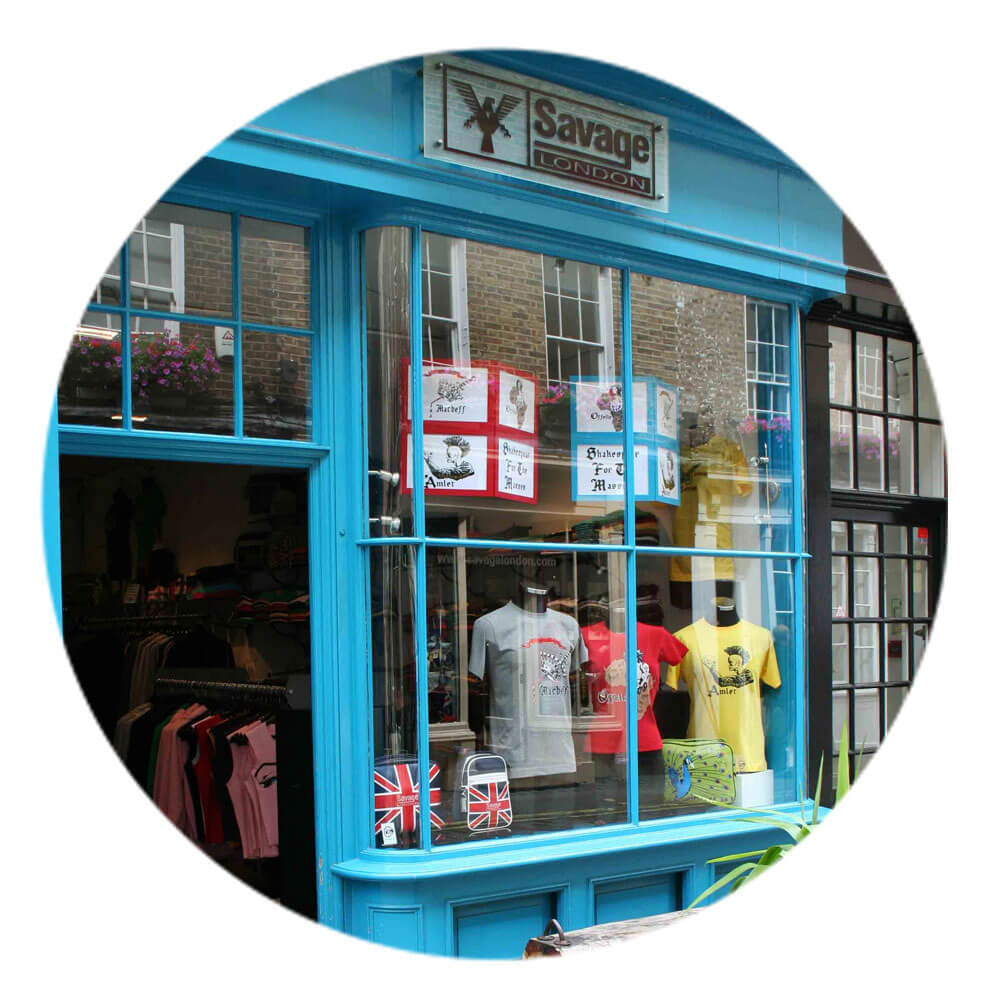 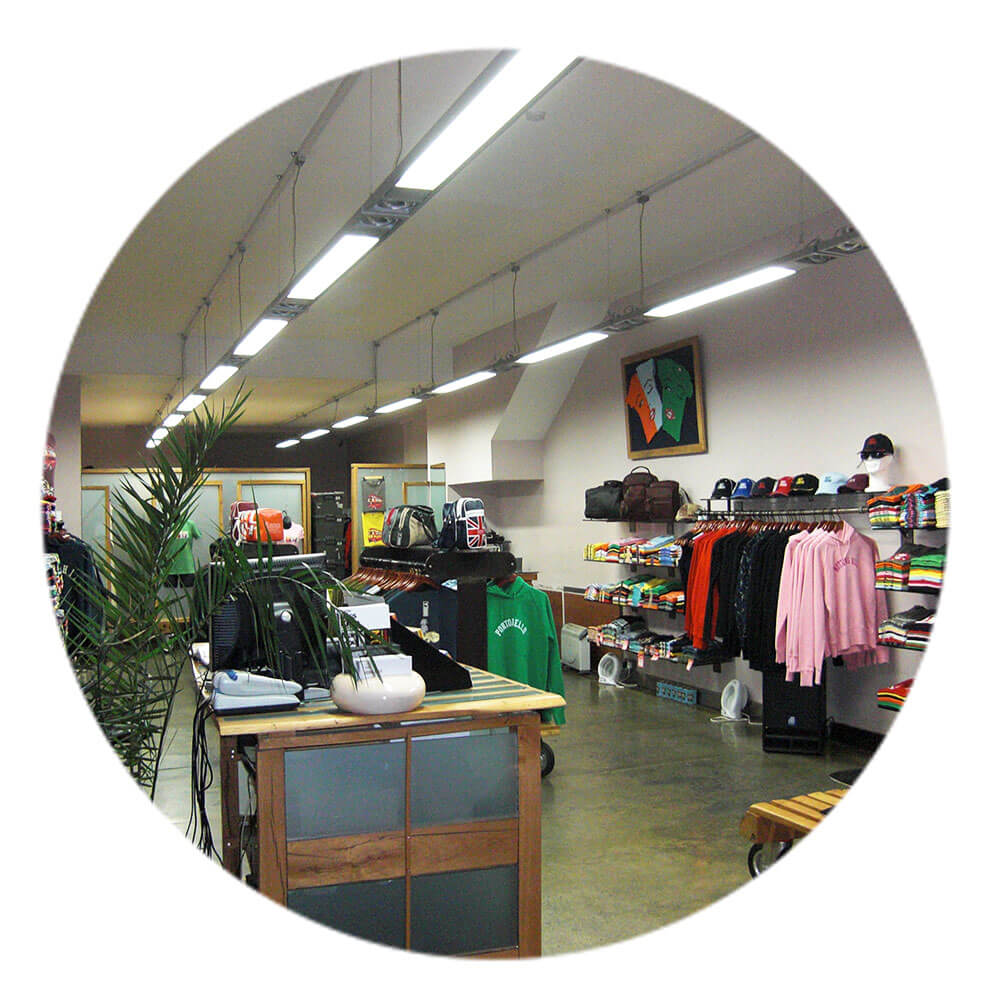 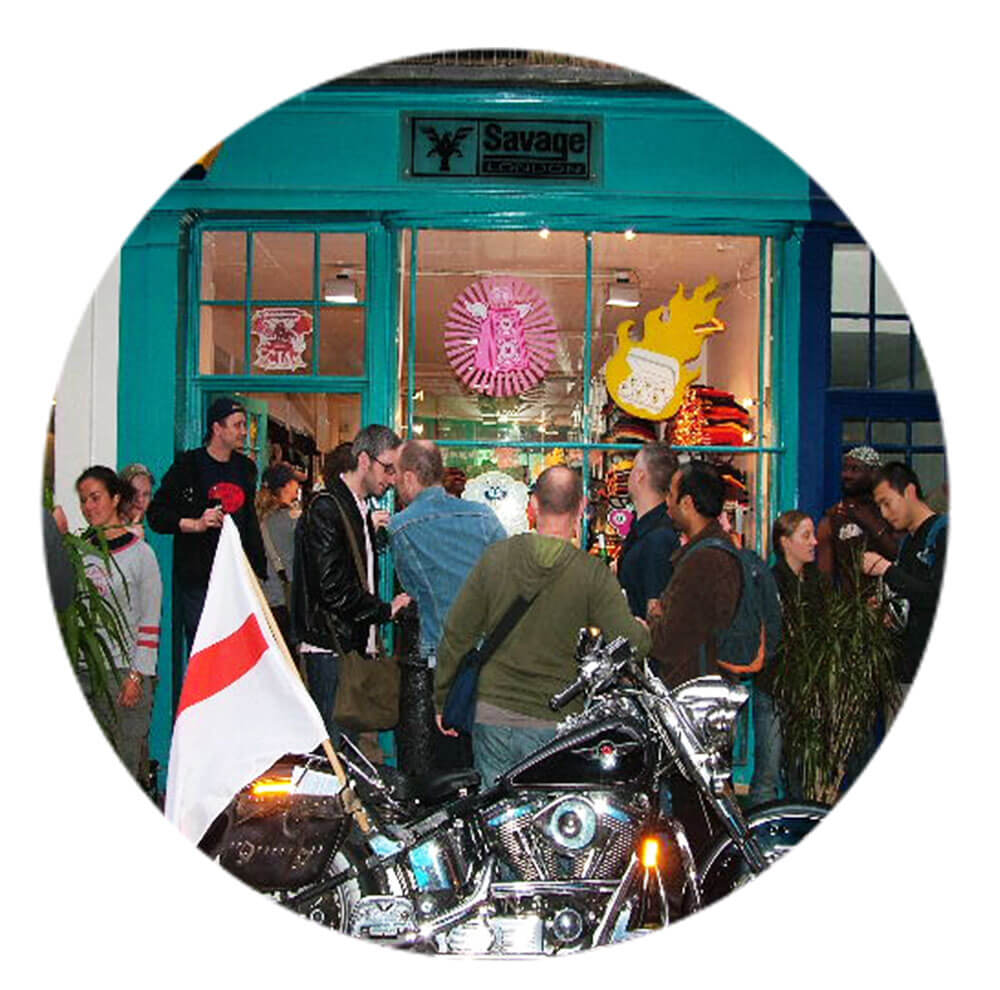 The Partying picked up again. Our “after work” drinks in Soho with DJs, boys, girls and madness became fixtures for clients & neighbours. Savage London became a very real & credible brand compared to other “Super International brands” operating next door or opposite. It was home grown and people loved this.  However, the various premises were all rented from various landlords with an endless appetite for higher and higher rents. Essentially it is now impossible to do what I did with my colleagues in the West End now. You have to be a multinational. You have to utilise dodgy labour and dodgy factories along with other dodgy stuff to fit in with Dodgy Dave’s vision of Britain working with very dodgy landlords. Newburgh Street, Covent Garden, Portobello are now but a mono clone of the very same brands you can see in Croydon, Hull or Brighton. Boring & unimaginative is an understatement. So in 2013 I decided to close all these branches down and moved away from the West End. Just to save my sanity. At the same time personal life had taken a brilliantly positive turn and it made sense to shrink the operation to what I can manage without much headache. Less work and more life was my new mindset. I then opened Savage London Outlet Store in Cricklewood, North West London. This way I can still do what I like doing sans voluntary enslavement to our beloved landlords. 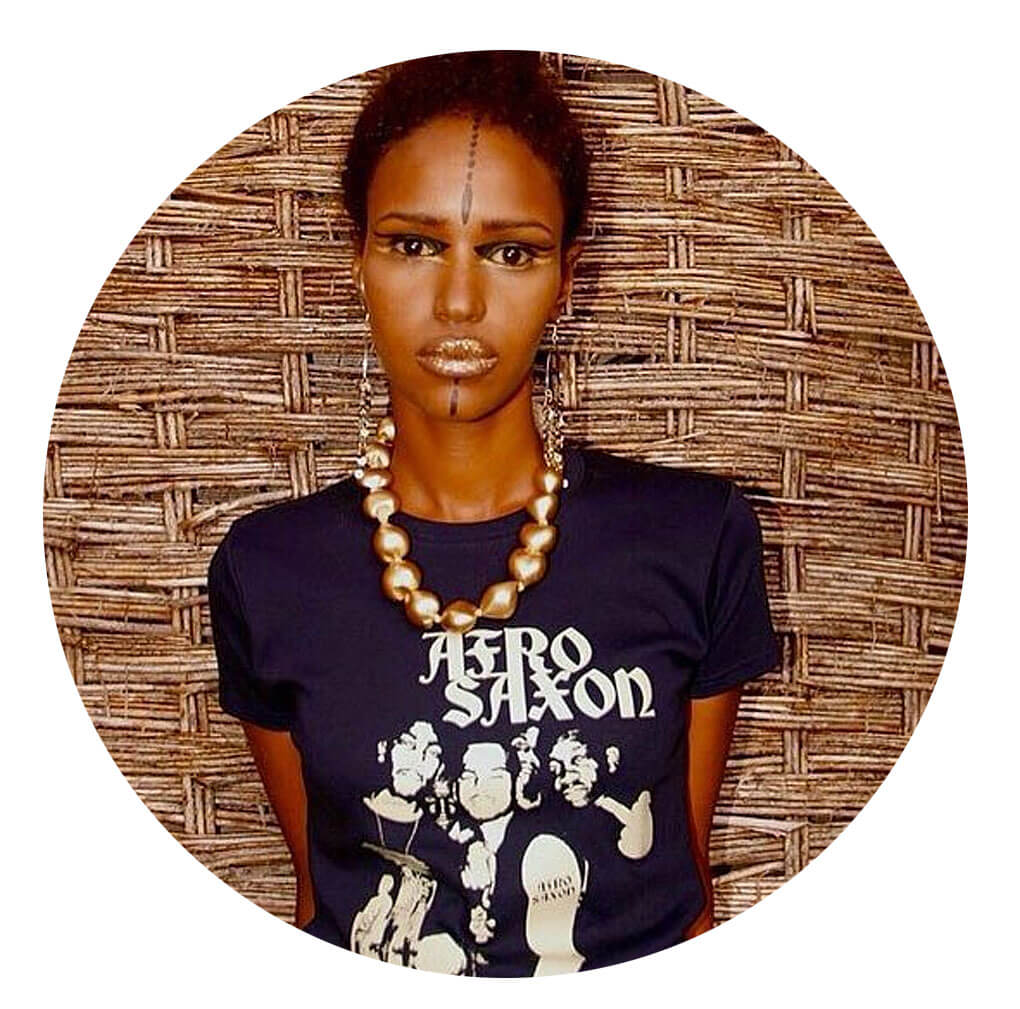 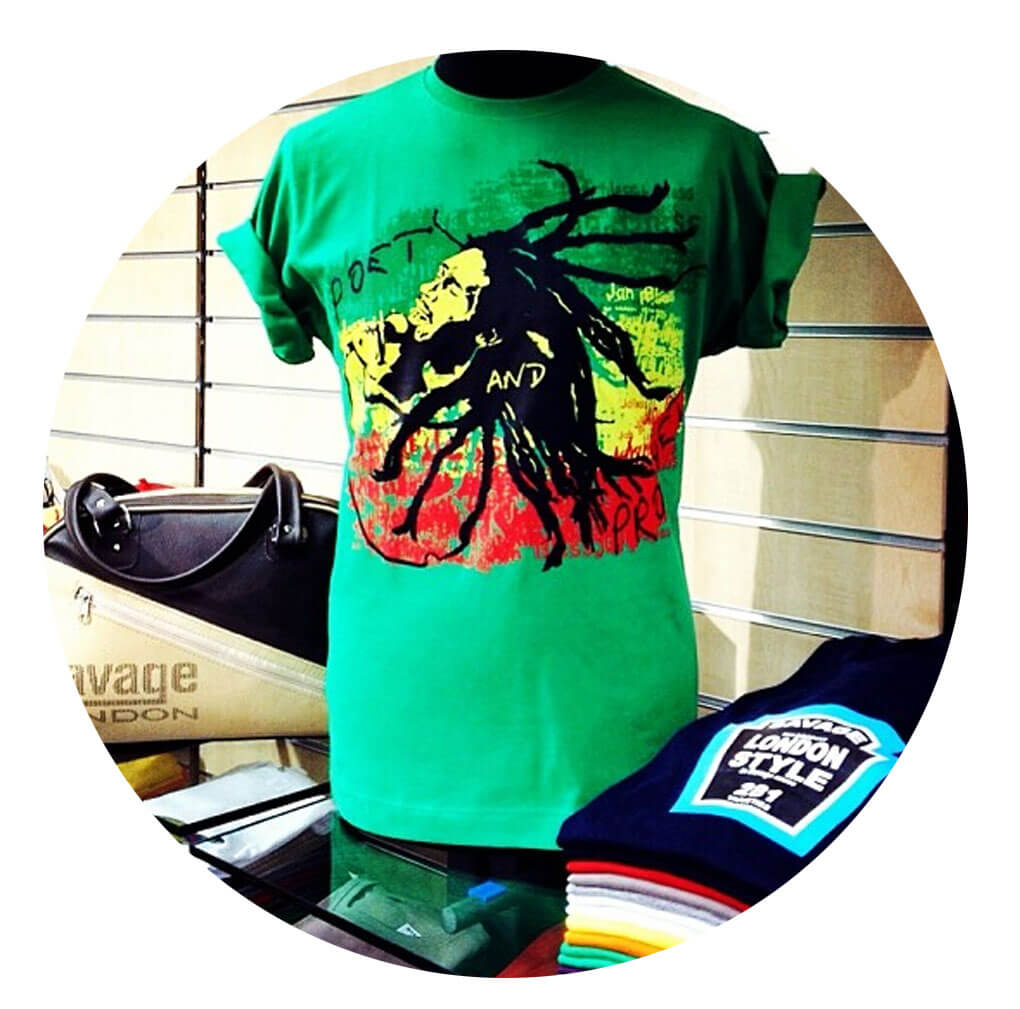 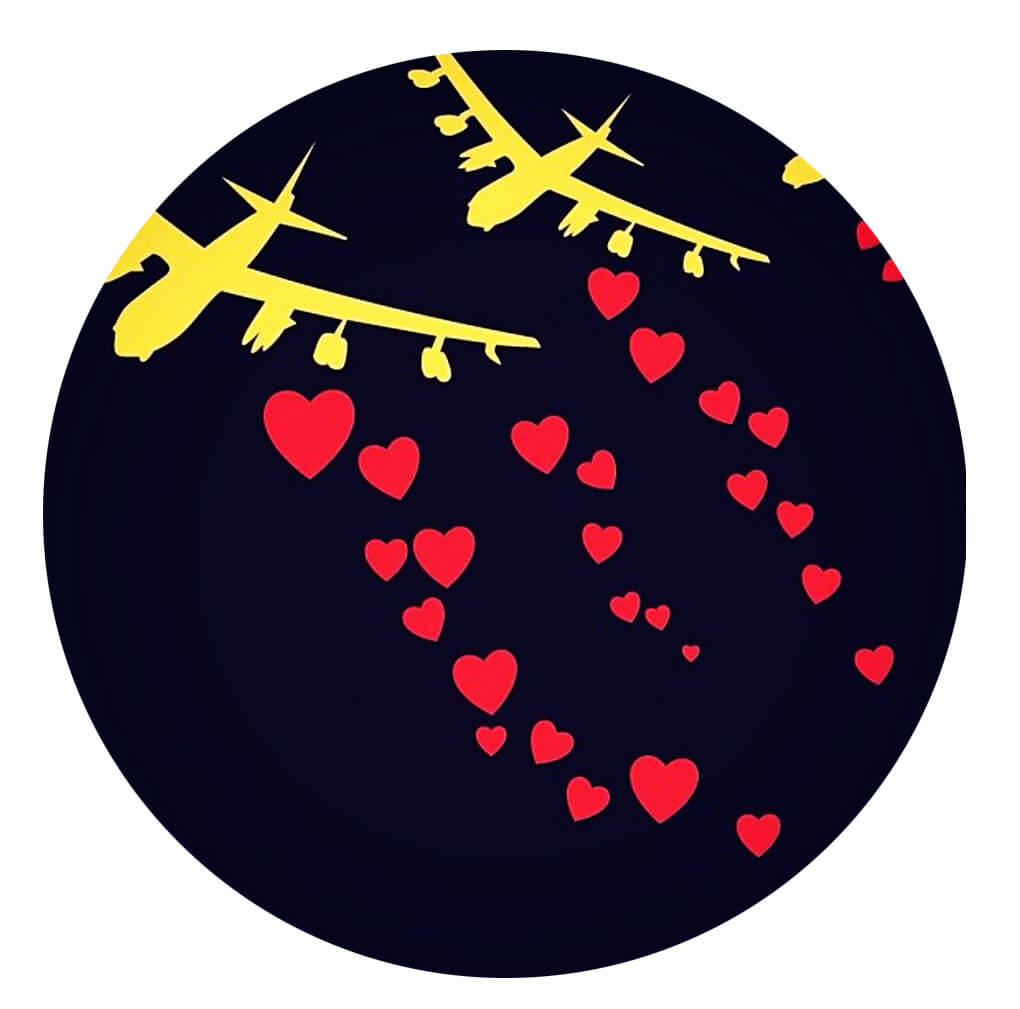 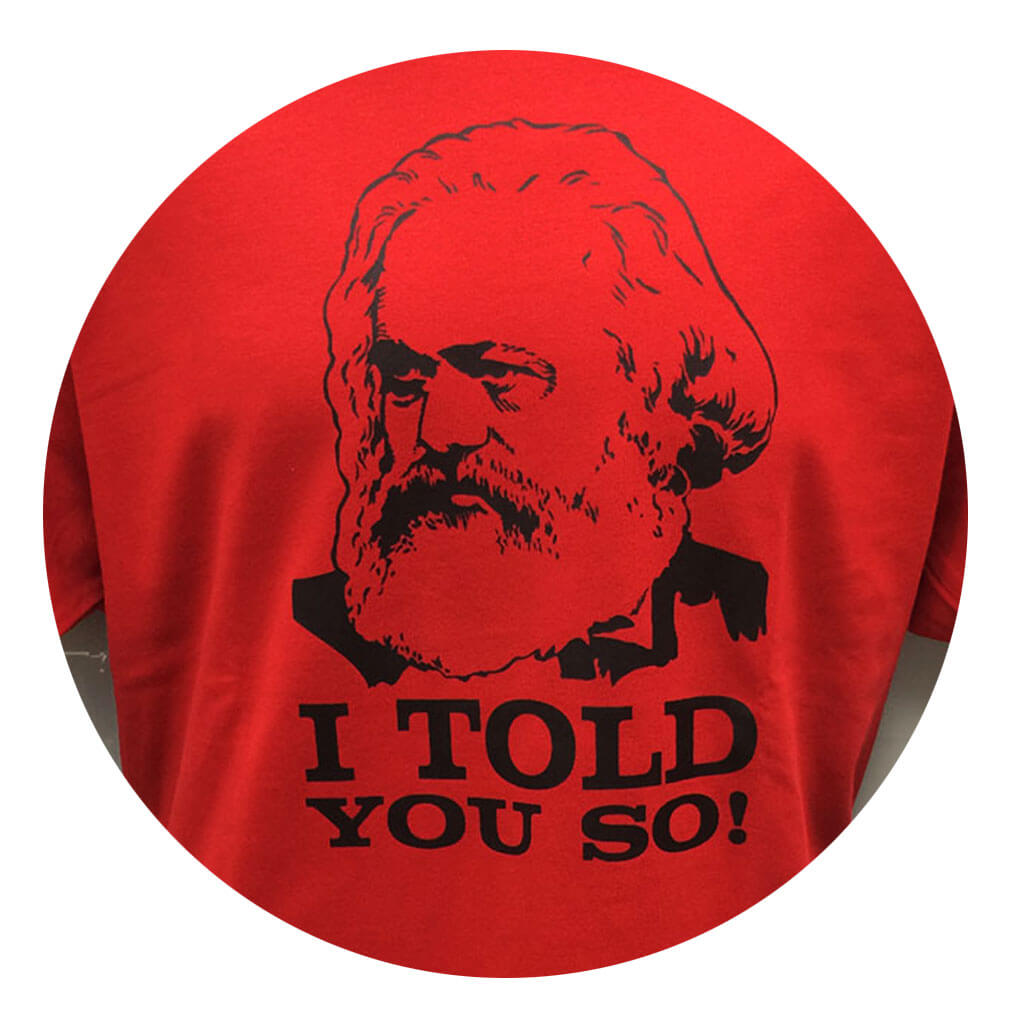 As someone  very close to me once said, we are all slaves to our rhythms. This is very much true in my case. I work and create, because I love it. I do my retail thing, because finally I have learnt it and become good at it. I am still engaged with my favourite Primate Charities. I still party at the slightest opportunity and I still get hyper excited when something does work out or when someone foolishly attempts taking liberties. But hey, I am the slave to my own rhythms.

Finally, I have had the pleasure of doing all this great work that spans 3 decades not alone but with the help and input of other colleagues. Most of them represented over & beyond the call of duty. I am utterly grateful for their hard work and commitment whilst they worked with me. Savage London is a social activity. I do the easy part of being the visionary. Real people have always worked and run it. Thank you guys. 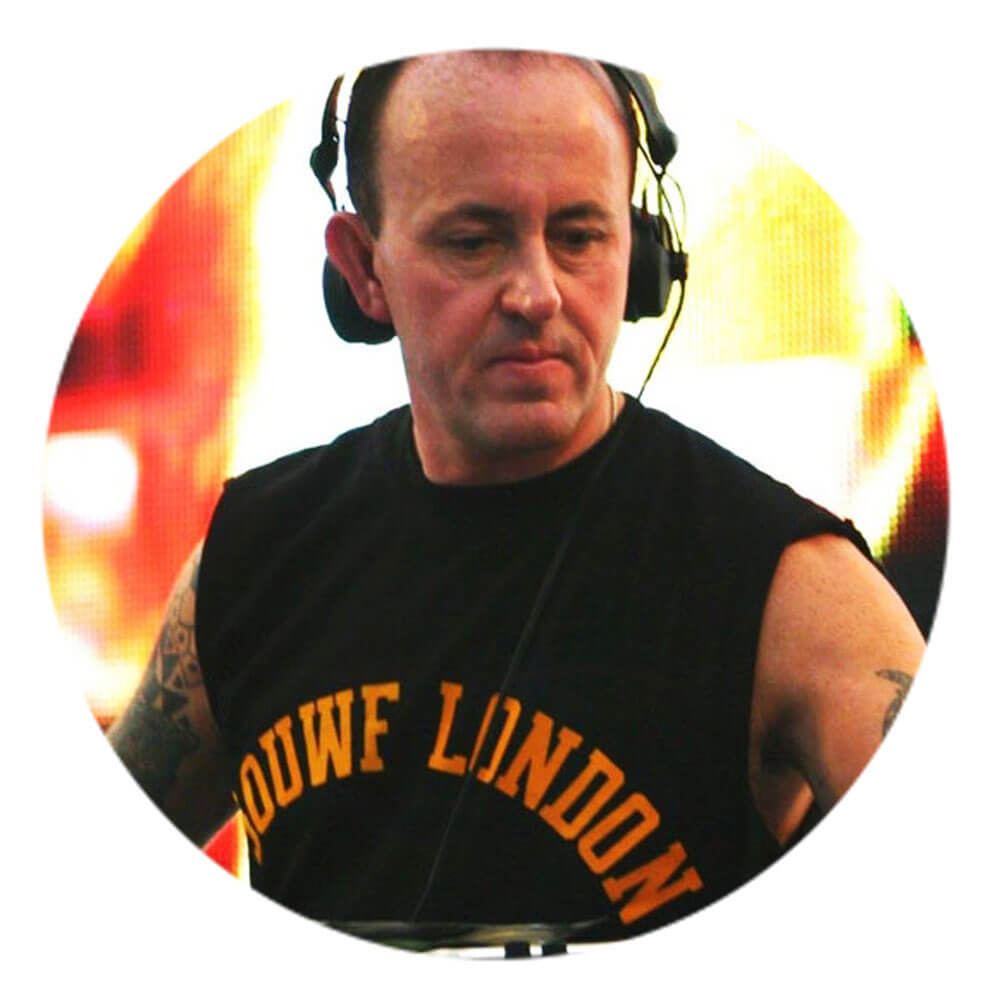 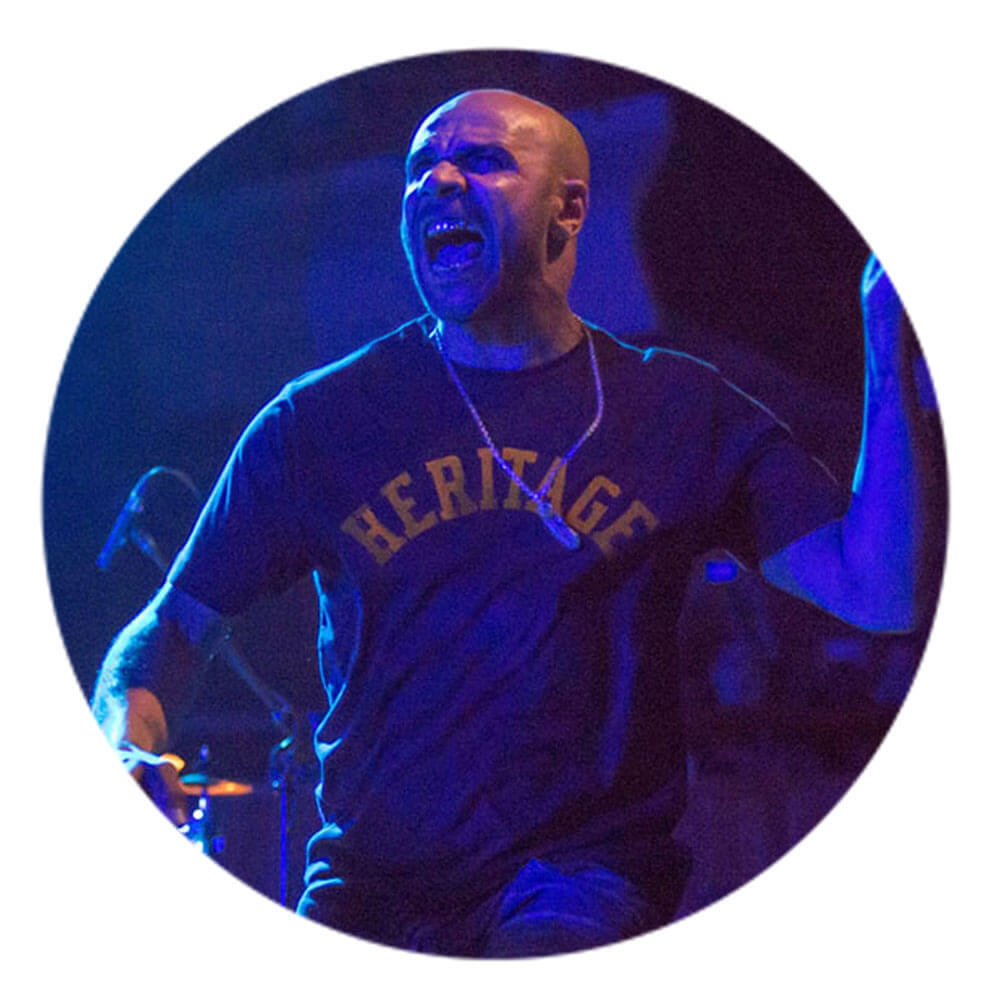 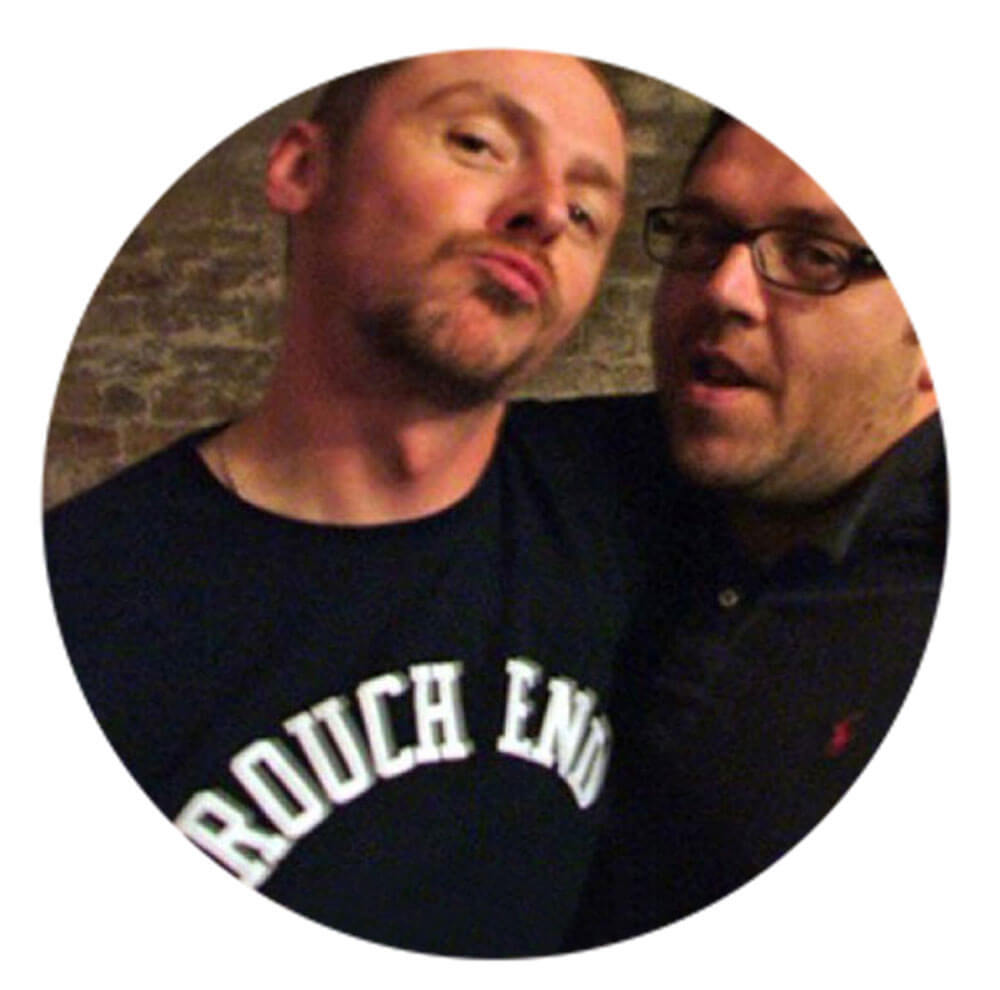 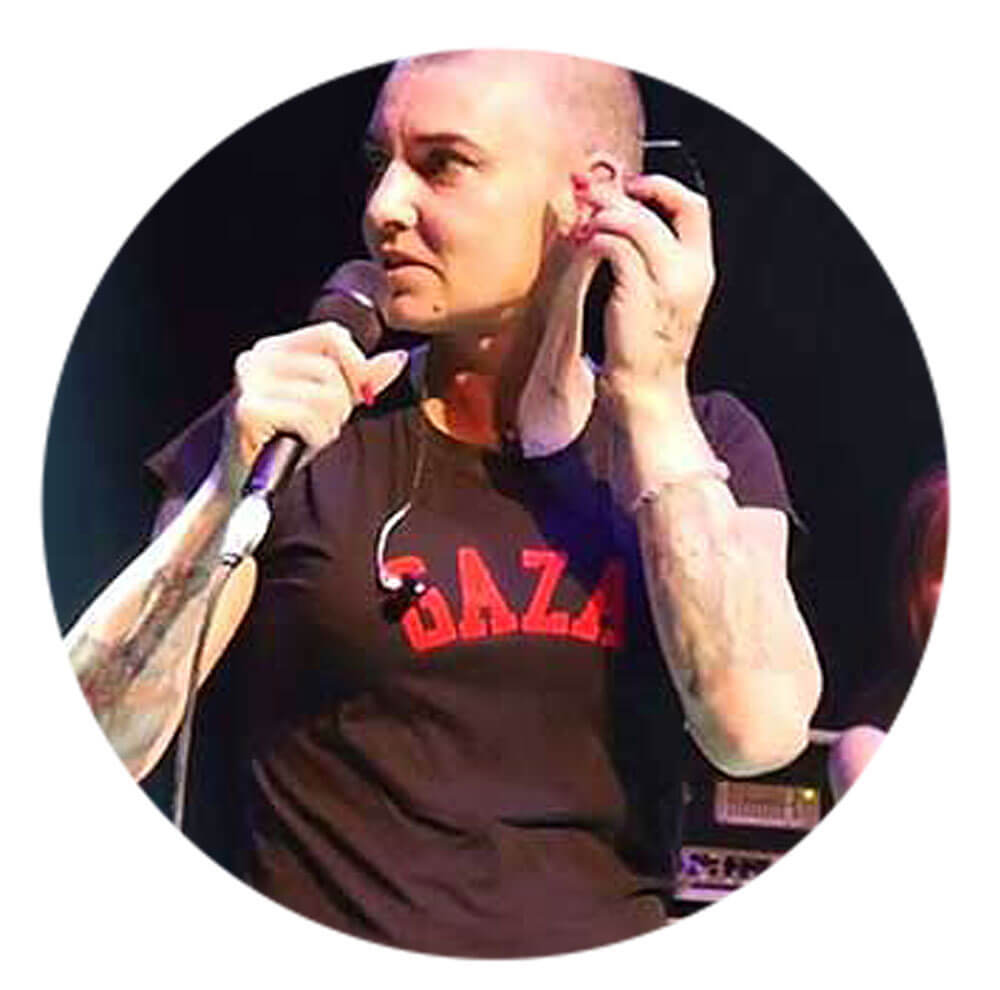 ]I goes a little against my grain(I so hate name dropping), but I have to list the “celeb” clients we have made stuff for over the years, under the 3 brands. I am sure I have missed a load here. But this is what I recall for now.

Please feel free to have a look at the PRESS to check various press coverage we have enjoyed over the years.

So here it goes in absolutely no particular order what so ever: 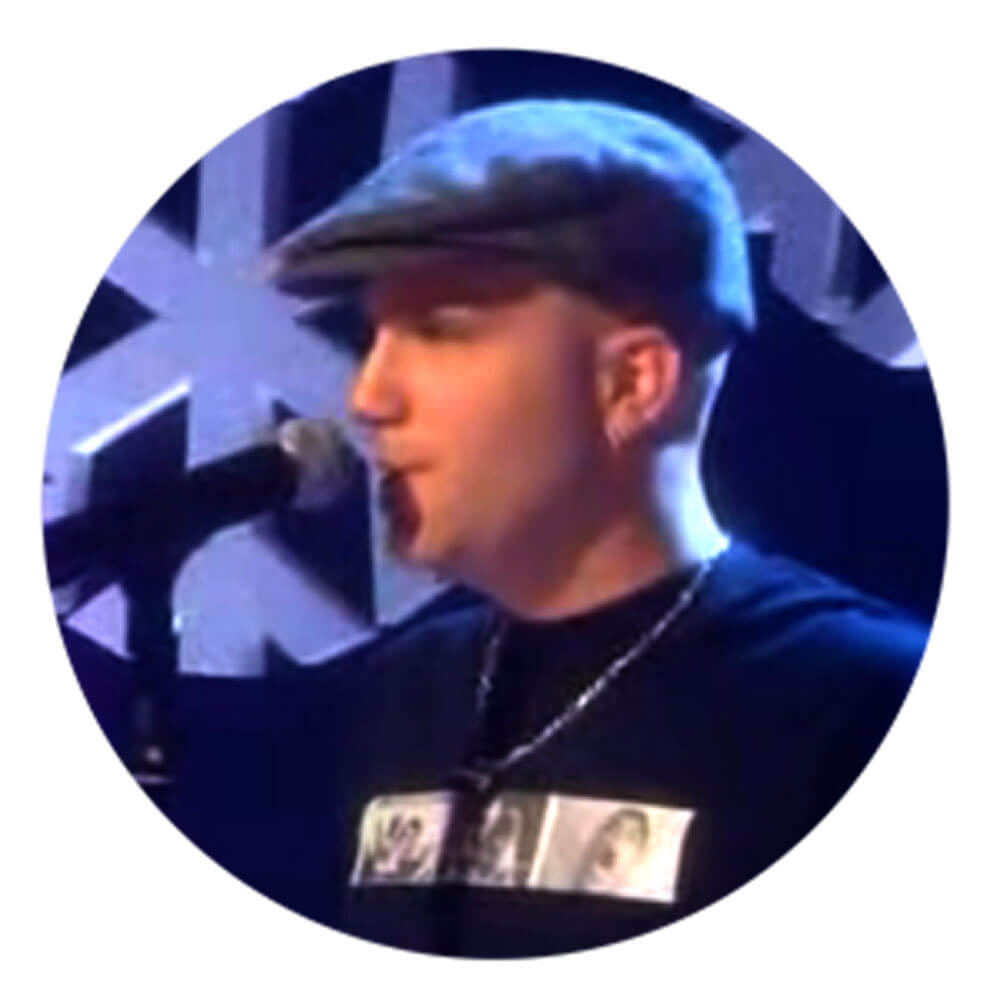 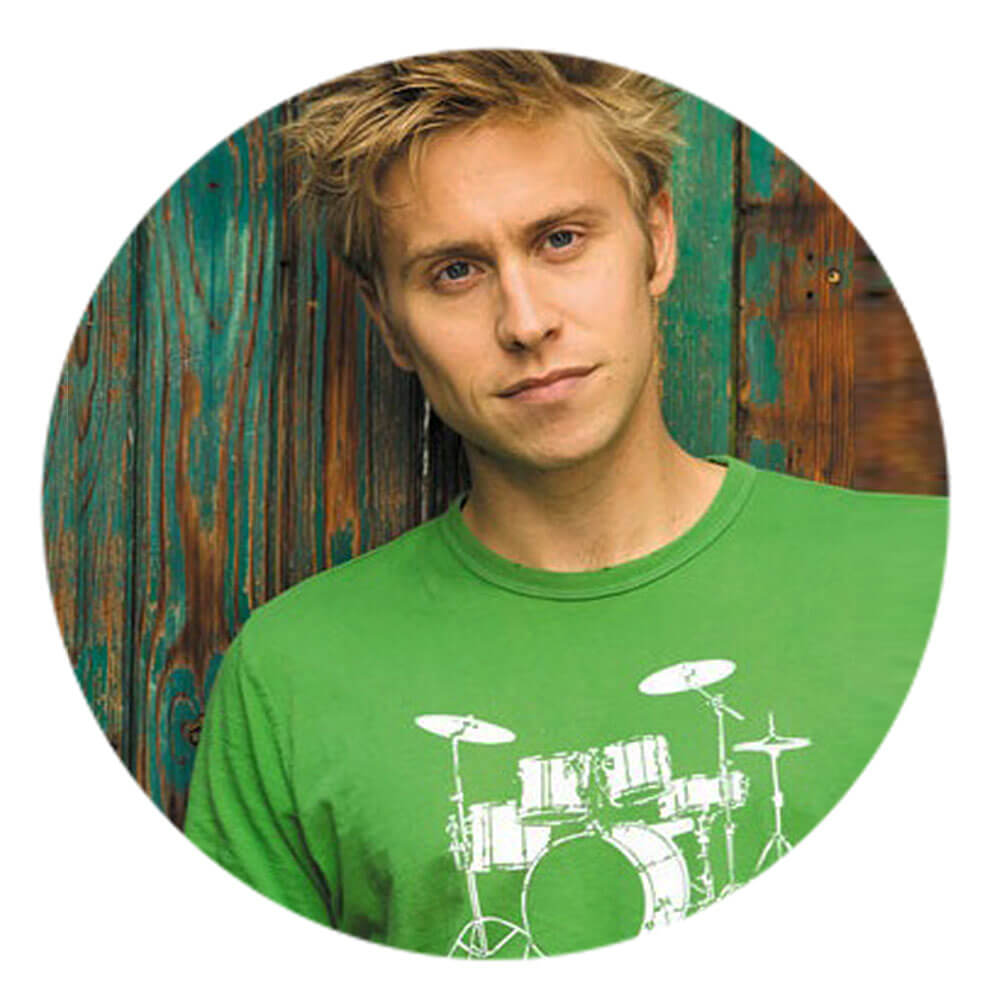 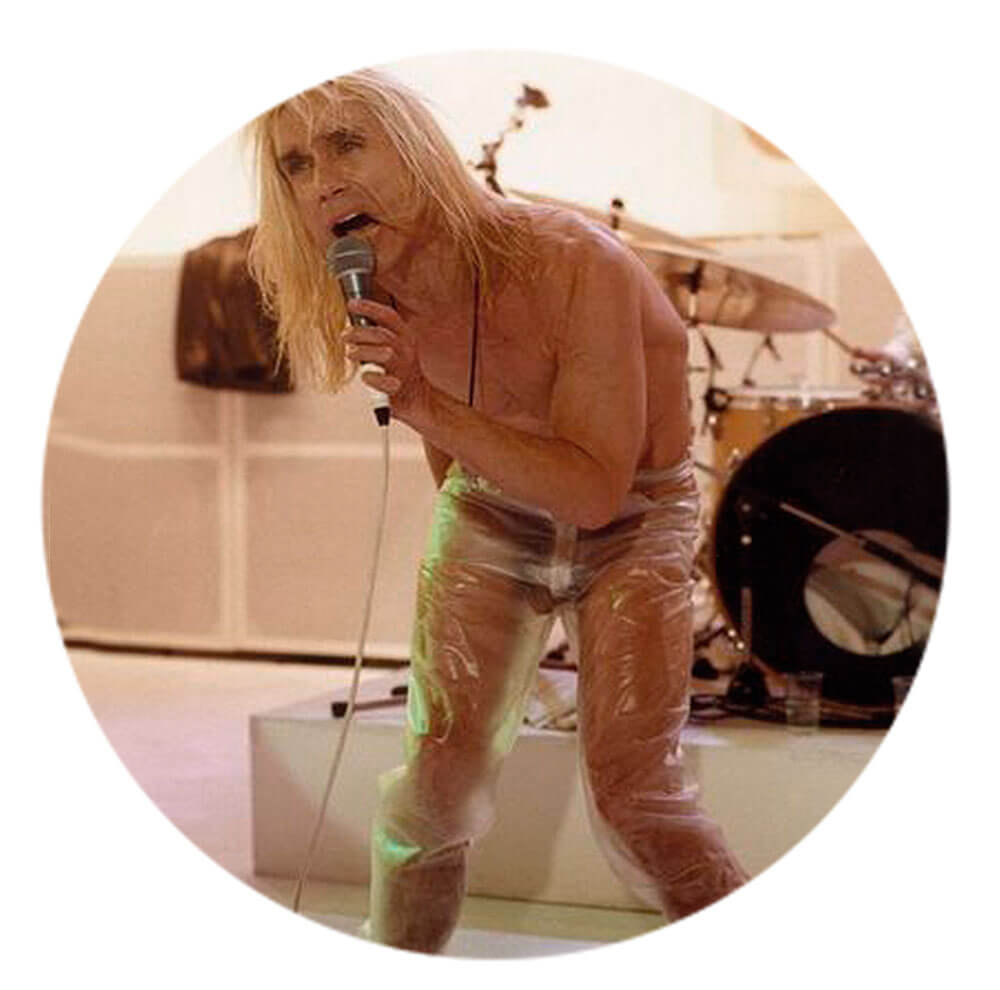 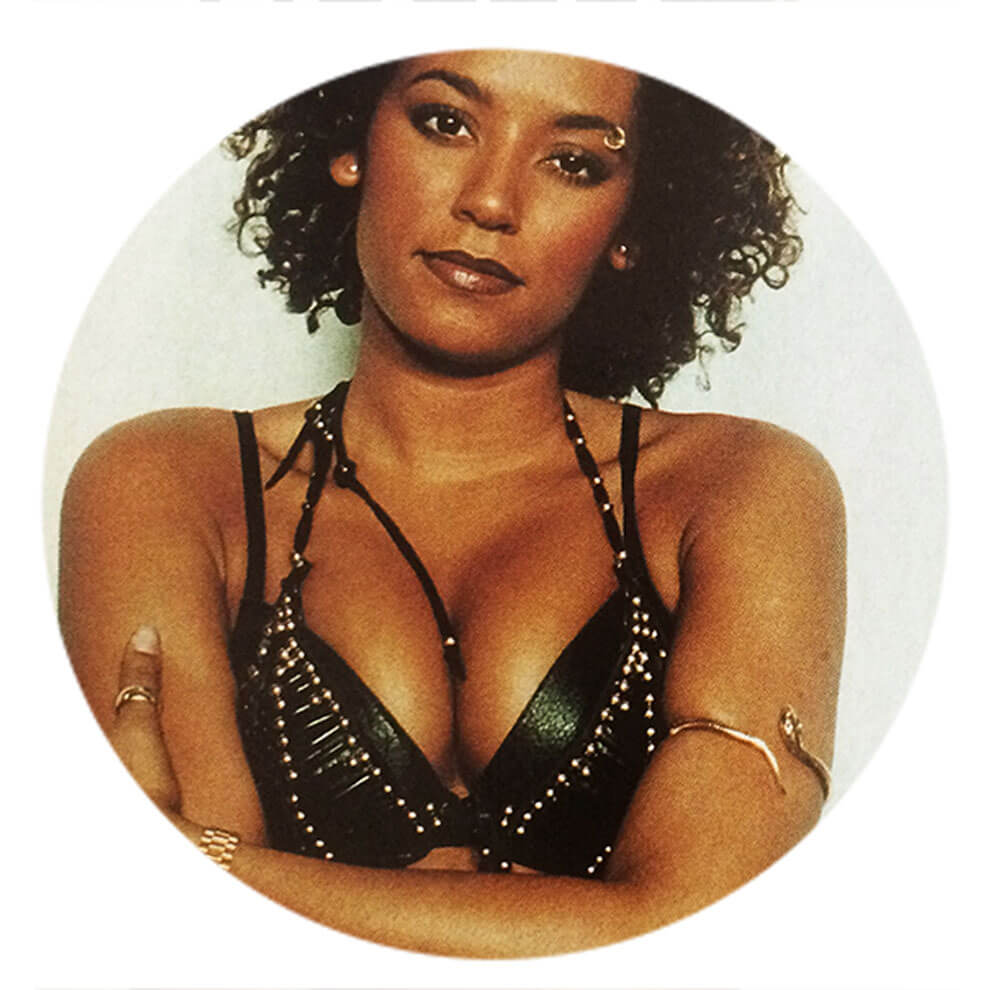 In between work, partying, landlords, suppliers, girlfriends and colleagues I also worked(freelance) for various TV and film production companies:

Plus lots of various commercials and pop promos, some of which were quite rubbish to be honest.

Aaaah: Also did a custom printed set of t shirts for the US Army. Long story.

Thanks for buying my stuff.